Liu and Sun soon followed, with Liu declaring himself the emperor of the Shu-Han kingdom and Sun declaring himself the emperor of the Wu kingdom. But not even two decades after the declaration of the three kingdoms, they saw themselves falling apart. Wei was thrown into chaos by factionalism, Shu-Han lost their key weapon when chancellor Zhuge Liang died, and Wu fell into decline after the death of Sun Quan. 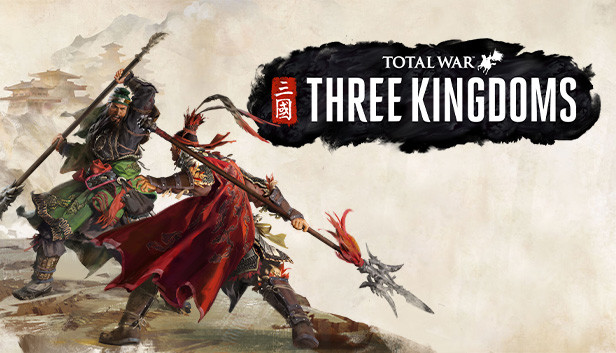 Finally, Sima Yan, one of the Wei generals, usurped the throne and declared the beginning of the Jin dynasty, but the nation would not be fully reunited until nearly years later. The novel turned the key figures of the period into caricatures of themselves, canonizing them as such. Liu Bei, for example, was portrayed as a benevolent ruler and his adherence to Confucianism exaggerated.

Cao Cao was painted as a tyrant and villain, and a modern Chinese phrase still reflects that. Vassals are an important part of Three Kingdoms, with factions much more eager to suggest handing some of their income over to you in perpetuity, though they may demand a degree of autonomy at the same time. Your enemies can even submit themselves to vassalage under your allies as a last-ditch attempt to end wars, forcing you to either give up on your conquest or upset the ally in question. Rather than choosing a faction at the start of a campaign you choose an individual leader.

Some of them are warlords with varying degrees of legitimacy to their attempt to take charge of China, some of them are straight-up bandits, and one of them is Dong Zhuo, a tyrant who begins the campaign with the current child-Emperor as a hostage. These very different characters can make for very different starts—Cao Cao, the suggested beginner's choice, feels more like trad Total War in that you have a decent settlement, an army, and a neighbour to defeat so you can complete your first province here called a commandery.

Meanwhile, Liu Bei has an army full of legendary generals but no home and has to defeat an army of Yellow Turban rebels before settling anywhere. Each character has a different mechanic that defines them too.


Gongsun Zan's military government adds a unique court position for military inspectors, while Sun Jian's fluctuating heroism score affects the price of troops and the satisfaction of characters. Cao Cao earns a handful of credibility points every turn and can spend them to influence the feelings of other factions, or even blow 75 of them at once initiating a proxy war between others while seeming to have clean hands. That extra degree of manipulation makes the diplomacy even more fun. It's like the way the high elves worked in Total War: Warhammer 2 but with even more ability to be a devious jerk.

Being able to get right into the guts of diplomacy like this makes the campaign side of Three Kingdoms more impactful, and after a certain point every turn begins with a parade of messages about who has turned on who. Other parts of the turn-based campaign side of Three Kingdoms are less jolly. Population is important—a high rate of growth, facilitated by constructing the right buildings, can increase your armies' replenishment rate but also cause overpopulation, the main culprit of public disorder. Having too many people also puts a strain on the food supply. Meanwhile, you want to keep constructing buildings that earn money and increase prestige which is how you unlock higher ranks, fill out your court, and eventually declare yourself one of China's three kings.

I can't say working my way through upgrades of various buildings has ever been my favorite part of Total War and when you control something on the north side of 20 settlements managing all this construction can be a real bore. On the upside each member of your court can be given an assignment, attaching them to a settlement and giving it some kind of bonus. You don't need to march them around the map to do this—like espionage it's just a menu. It feels like a way of keeping some of the things agents and heroes did in former games but abstracted enough that they aren't an annoyance, and it also keeps them off map so it's free for actual armies to do their thing.

I look forward to seeing how things like the diplomacy system and maybe duels carry on into Warhammer 3 and whatever else comes next. According to one point of view, all this stuff on the campaign map and its multitude of attached menus—I haven't even mentioned the reforms, a tech tree mapped onto a picture of an actual tree where each improvement lights up a blossom of petals—is just scene-setting for the battles. And it's true that it gives them context that can make the next siege feel different to the last one no matter how similar they actually are in play.

I enjoy the campaign for its own sake though, even if it can occasionally be too mathematical for its own good.

For an example of that look no further than the way it takes an important theme of Romance of the Three Kingdoms like corruption, personified by traitorous eunuchs who nepotistically manipulate their friends into positions they don't deserve while the country falls apart. In Total War: Three Kingdoms corruption is a percentage modifier that impacts your income. It's so prosaic it's almost funny. It's been well-known for a while now that the only way to get loading times down on the recent Total War games is to install them on an SSD.

Three Kingdoms, running off an SSD, takes only 1. Get an SSD. The real-time battles are more immediately exciting than the numbers game.

Units with crossbows chunter out steady volley after volley of bolts, horseriders form up into wedges at the last minute and charge, infantry lock down their shields and absorb damage. Formations are back and there are plenty of them, though it's not always easy to get access to them. There are multiple classes of general to choose from and strategists, while weaker, are necessary because they learn formations as they level up. Some followers have access to them as well, so assigning a herdsman to the general with a cavalry retinue means they'll know the wedge formation.

An army can have three generals, each with a retinue of up to six units. Total War: Three Kingdoms has a superb campaign from beginning to end, and is not merely a vehicle to get cool battles out of, as many previous incarnations it have been. In that game, the goal was to rout enemy armies, a process that tended to occur fairly quickly and involve rigid formations and key attacks to trigger a cascading rout.

In almost all the Total Wars since, the goal has been to destroy enemy armies, a process which makes battles tend to be scrummier and slower, often ending with small groups of units bashing each other in the face until one comes out. The addition of the general units, who can turn battles with their skills or their straightforward combat prowess, makes watching those battles end still be entertaining, and tends to hurry it along before it gets interminable. The biggest issue I have with Three Kingdoms is information, particularly about the overall trend of the story.

War of the Three Kingdoms Episode 4

Like most Total Wars, when you start the game, you only have information about your neighbors, and slowly build intelligence about the rest of the map. Civilization-style power charts would be amazing. The big choice offered at the beginning of campaigns of Romance or Records mode ended up being much less interesting than I expected.

Romance mode, where generals were individual units with superpowers, both fit the setting and made combat so much more interesting that I found myself quickly bored with Records games I started. The internal politics, where defections and rebellions seem possible, also could use a slight buff. The game is plenty fun without them, but could really shine with a bit more internal dynamism. But given how aggressive Creative Assembly has been with Warhammer and what the studio has already announced, these are things I can probably expect via patches, expansions, and mods.

Total War: Three Kingdoms review - can a game have too many big ideas?

The publisher gave GamesBeat a digital code for the purposes of this review. Got a news tip?